ISOC Kyrgyz Chapter is implementing one of its first major projects thanks to Beyond the Net grant from ISOC. Ferghana Valley Internet Exchange Point (FVIXP) Project will install an IXP in Osh city in the south of Kyrgyzstan, which will result in a much cheaper internet for all the residents of Ferghana Valley.

Ferghana Valley located on crossroads of three countries is the most populated area in Central Asia, the source of regional inter-ethnic tensions due to water and land irrigation disputes, poverty and lack of access to communication services. Internet Exchange Point Project with location in Osh city (Kyrgyzstan) is aimed to increase regional cross-border collaboration between stakeholders and communication of people through increase of Internet affordability by lowering internet tariff plans up to 3 times, multiply growth of Internet traffic exchange in region, increase Internet penetration rate due to price reduction, and improve latency for international and regional content sources.

Central Asia has one of the lowest internet penetration rates per capita in Europe and Central Asian region, according to ITU 2014. One of the key regions that illustrate state of the regional digital divide is Ferghana Valley. In regional perspective Internet prices for Ferghana valley dwellers are higher than for residents of other administrative districts. For example, Internet tariff plans in southern cities are 5 times higher (13USD) for the same traffic bandwidth than that in Bishkek located in the North of Kyrgyzstan. Tajikistan, which primarily depends on Internet transit of Russian content from Kyrgyzstan, has an even more severe situation. National ISP Tojnet provides 1Mb unlimited tariff for as low as 45USD. The situation in Uzbekistan is even worse. Uzbekistan ISP monopoly company provides Internet in cities located in Ferghana valley for the price of 59USD for 10GB of the daily Internet and unlimited night traffic.

Considering above mentioned situation we believe establishing Internet Exchange Point in the valley will alleviate the digital divide between the north and south of Kyrgyzstan as well as between the bordering countries by removing barriers for connectivity and stimulating better access.

Internet Exchange Point is a physical location where different stakeholders who have ASN meet to exchange local traffic via a switch. Kyrgyzstan is one of the countries where Ferghana Valley is spread. There are several closed IXPs based in Bishkek (ISP, banks). Unlike present IXPs that could not be neutral and open for new members by Charter, Ferghana Valley IXP (FVIXP) will follow principles of openness and neutrality by providing equal access to infrastructure to all stakeholders, including Government agencies, educational and healthcare institutions as well as commercial banks. IXP will help local small and medium ISP to minimize traffic costs, spend more on infrastructure rather than on internet traffic purchase.

Establishing IXP would greatly enhance the utility and value of the regional Internet and promote the growth of the digital economy. According to Terabit Consulting, “Improvement in ICT infrastructure yields: Increased demand for the output of other industries (demand multiplier), New opportunities for production in other industries (supply multiplier), new goods and services for consumers (final demand). It also increases firms’ innovation capabilities and increases the probability of new products, innovations, and organizations.” 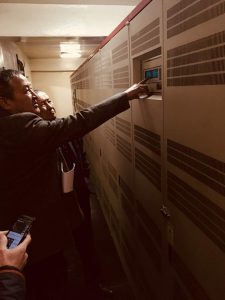